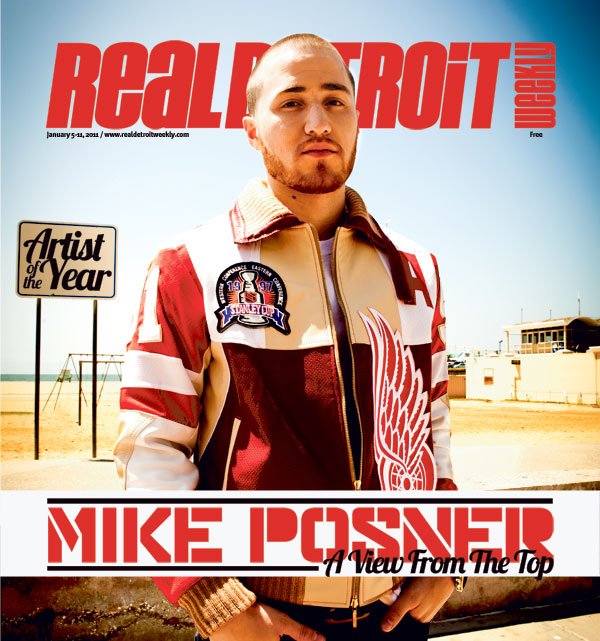 “With the year that Mike Posner has had, we couldn’t resist bestowing him with the honor of being our 2010 Artist of the Year. Sure, he may get tons of praise elsewhere (we’re talking about you, Wendy Williams), but there’s nothing like getting accolades from your hometown. It hasn’t been that long since RDW chatted with Posner, after all, it was just a few short months ago that he had an incredible show at the Fillmore. But, regardless of that fact, Posner is just fun to talk to! After a short convo about the weather and boot options for females, we got down to business.

Posner’s year has been full of jet-setting, handshaking, and performing. Despite having released two mixtapes prior, Posner sought to create a full-length album. “Jay-Z gave me advice. He said I have the opportunity to create a great album, but it was going to be something that I needed to stumble towards and work hard at and that’s what I did,” says Posner.

His debut LP 31 Minutes to Takeoffgarnered more attention than he could have bargained for, including a number eight peak-position on Billboard, a whirlwind of overseas love and television spots that showed him as the fresh new face of pop R&B. But there’s more to him than just a cute face and a smooth-as-silk voice; Posner’s got it going on.”