Mike Posner sat down with Billboard to discuss the pop music industry along with other creatives and influencers in the business. Check out a few of the questions that Mike responded to, including a video below!

Billboard’s First Hitmakers Roundtable: 7 of Music’s Top Creatives and Influencers on the State of Pop, 10-Second Attention Spans and the Song of the Summer

In the music business, the single has long reigned supreme, but these days, it’s not about selling downloads or albums by the thousands, but rather registering streams in the hundreds of millions. That means the pressure is on for creators to prove their might beyond a traditional radio hit. Impacting Spotify playlists, Pandora algorithms and grabbing an increasingly elusive listener in a matter of seconds are the orders of the day, with labels, ­publishers, artists, producers and ­songwriters vying for a slice of an ever-shrinking pie.

The septet, nearly all of whom have worked with one another in some capacity, sat down in the ­penthouse of the London West Hollywood in Beverly Hills on May 31 to talk shop and trade war ­stories. From their ­predictions for the next big trends, to the politics of ­divvying up writing credits and the chilling effect of 2015’s $5.3 million “Blurred Lines” copyright ­infringement verdict (which is being appealed), nothing was off limits during the group’s two-hour-plus conversation.

What’s the shelf life of a producer or ­songwriter?

Mike Posner: I’ve been ice cold. A lot of people considered my career as an artist largely over. Two albums got shelved. But I’ve made music since I was a little kid, and for the majority of that time, I wasn’t paid for it. So I will always be making it. I also write a lot of songs that other people don’t want to sing, like “I Took a Pill in Ibiza.” The first line is, “I took a pill in Ibiza to show Avicii I was cool.” There’s no one I can pitch that to. (Laughs.)

When you suspect you have a hit, do you hold on to it? Is there an A list and a B list in terms of matching a song with an artist?

Given the “Blurred Lines” verdict and the recent case against Led Zeppelin over “Stairway to Heaven,” accusations of ­lifting hooks and plagiarism seem to be more ­common. Do you have to be more careful about that today?

Mike Posner: That ruling is absolutely detrimental to ­creativity. From what I understand about Shakespeare — which isn’t a lot — there was no copyright law when he was writing. He sampled at will, and it wasn’t seen as a bad thing.

Mike Posner: Tons of people inspire my music, and now when I do an ­interview, I’m scared to say who they are. I’m scared to give gratitude to the people that, if I hadn’t heard their stuff, I wouldn’t be able to make music.

How do you listen to music?

Mike Posner: I listen on my headphones most of the time … to Spotify and sometimes iTunes. I listen on my phone, but I just bought an old iPod with the wheel because I hate listening to an album and [being interrupted by texts]. I try to listen to at least an album a week.

What’s the song of the summer?

Julia Michaels: (To Posner) “I Took a Pill in Ibiza” is up there. I’m not normally a person that hears something and is like, “Holy shit. That’s amazing.” I’ve only done that twice, with [The Weeknd’s] “Can’t Feel My Face” and your song.

Mike Posner: (Blushes) Right now, I’m listening to Billie Eilish. She has a song called “Ocean Eyes.” I play it over and over. I heard she’s 14 years old. I can’t believe how good she is.

Read the FULL transcript of all of the questions and answers at Billboard.com!

Side note: I’ve been hooked to this song once I first heard it after Mike Posner mentioned it in this interview. I love it a lot! I have it on repeat. 🙂 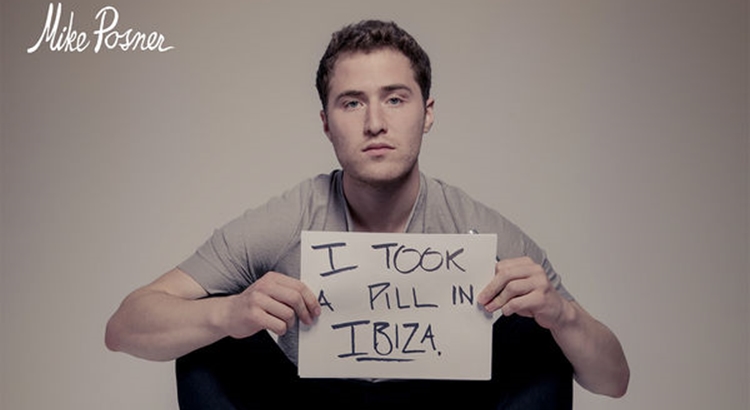 Mike Posner: I Took A Pill In Ibiza