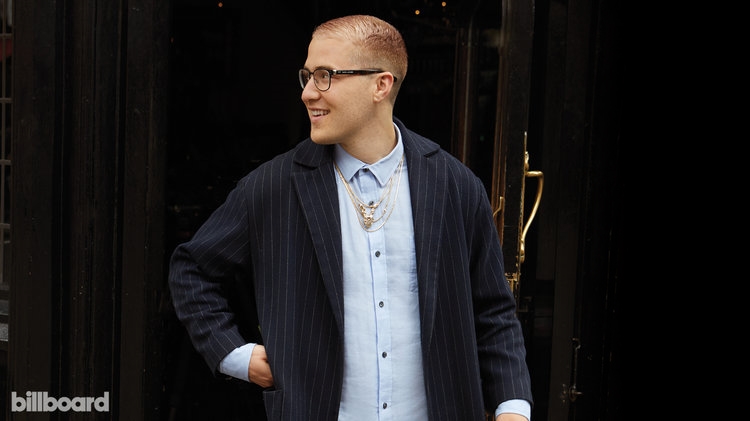 Mike Posner spoke with Billboard about his second chance at success with his new album ‘At Night, Alone’ and more. Check out the article and videos below!

In 2014, four years after he topped charts with debut hit “Cooler Than Me,” singer-songwriter-producer Mike Posner found himself on a different kind of ­summit: a mountain in Utah. That’s where he exiled himself after he was released by his label, RCA, his recording career in limbo. “I felt trapped,” he says, sitting in a London pub on a late spring afternoon. “By my ­possessions, my lifestyle, everything. So I bought this creepy van with a bed in the back, packed the clothes that fit and donated the rest, and drove to Utah. I lived out of that van with my guitar. I wanted to see if I could be happy like that. And you know what? I was.”

Two years later, Posner, 28, has new ­reason to be happy: He wrote a song about his ­emptiness, “I Took a Pill in Ibiza,” which is at No. 5 on the Billboard Hot 100 after topping charts across Europe. Posner’s ­lyrics are ­memorable — the first line is about taking drugs to impress Avicii — but the track’s success is largely due to Norwegian duo SeeB’s lissome EDM remix, which turns the sad acoustic-guitar folk ­original into what sounds like a celebration of hedonism. Listen to the lyrics, though, and you’ll still hear a paean to ­disillusionment: “You don’t want to be high like me/Never really knowing why like me/You don’t ever want to step off that roller coaster and be all alone.” It’s a fittingly forlorn ­introduction to his second album, At Night, Alone (released May 6 on Island), a collection of songs that dress up Ed Sheeran’s pop smarts in Leonard Cohen’s overcoat, filled with themes of death and self-doubt. “I’m worried that people will listen to my songs and think I’m a depressed guy — but I have happy feelings too,” he says (and in his defense, he spends most of his time at the pub smiling). “In the past seven years, I had the full spectrum.”

Born and raised near Detroit to a pharmacist mother and lawyer father, Posner began ­attracting industry attention in 2009, while he was an undergrad at North Carolina’s Duke University, where he made music in his dorm room in between studying sociology and hanging with his Sigma Nu ­brothers. Blending pop, R&B and inspiration from his rap heroes (The Roots, Mos Def, Talib Kweli), he landed his first production credits on early ­mixtapes from fellow Detroit native Big Sean, and soon began releasing his own with hip-hop DJ Don Cannon. One of them included “Cooler Than Me,” which landed him a deal with RCA in 2010, hit No. 6 on the Hot 100 — once again with help from a dance remix — and sold 3.3 million copies, according to Nielsen Music. “I thought that’s what happens when you write a song: It becomes a big hit, then you go around the world taking your shirt off, ­making money and riding off into the sunset,” Posner laughs dryly. “I guess I took it all for granted.”

His 2010 debut, 31 Minutes to Takeoff, produced two more platinum hits (“Bow Chicka Wow Wow,” “Please Don’t Go”), but fame overwhelmed him. “I was trying to maintain a facade of infallibility, which is exhausting. Like, I used to wear tons of makeup because I had bad skin. I couldn’t go out in public without makeup on.”

He bought a big house in Los Angeles and, as he recounts in “Ibiza,” “made a ­million dollars and spend it on girls and shoes.” Soon after, however, the ­success dried up. Between 2011 and 2014, he recorded two albums, but RCA shelved them. “I don’t blame them,” he says. “We put out a few ­singles, but they weren’t connecting with an audience.”

Ironically, two of those songs — “Boyfriend” and “Sugar” — became big hits for Justin Bieber and Maroon 5, respectively. Posner, who readily cops to not looking or dressing pop-star “perfect,” says he was told that he wasn’t “artist material” and should concentrate on songwriting. “The thing is, I still felt like an artist,” he says. “I hated the thought of being just a songwriter.”

He asked to be dropped, the label agreed, and he fell into a deep funk. (RCA declined to ­comment for this story.)

Then came an epiphany: He read Amanda Palmer’s 2014 memoir about art and commerce, The Art of Asking. “It changed my life,” he says. “I realized I could do music for the sake of music, not the other things that come with it. That was a major shift.” He headed off to Utah with his guitar and not much else, and eventually made his way over to Burning Man in Nevada, where he spent his time singing songs at dawn for random passers-by. “They all said, ‘Wow, you’ve got it, man. You’ve got to pursue your music!'”

Newly invigorated, Posner returned to Los Angeles and signed with Island Records, where he proceeded to make what he wryly dubs his “whitest music yet”: gentle folk-pop with few nods to his hip-hop sensibilities. “What makes his music special is he never tries to be like anyone else,” says Big Sean. “He just keeps it raw, whether it’s the popular sound or not. You can never question his authenticity.”

Adds Island president/CEO David Massey, “Mike’s songs are confessionals. They have so much substance — that’s what defines him as an artist.”

But even artists needs to remain financially viable. Posner’s 2015 EP The Truth — singer-songwriter fare set to acoustic guitar — failed to sell well (8,000 copies to date), and his A&R team ­suggested that a dance remix of its single, “Ibiza,” might broaden the song’s appeal. It worked, and now they hope to repeat the trick with his new album, which features 12 largely earnest, quarter-life-crisis laments and six EDM remixes, all approved by the singer, he says, “because they are giving my songs a second life.”

Posner insists he is adjusting to success better this time around. Perhaps being away from Los Angeles helps: He recently relocated to Detroit to be with his family; his father has cancer. He’s single and mostly sober, although once every “five months or so” he takes mushrooms for what he considers ­therapeutic reasons. “They help me see problems from a ­different perspective,” he says. “What I’m trying to do is maintain some ­mindfulness about being popular — I wasn’t so great at that last time around. I’m trying to get back into the world and bring my metaphorical mountain in Utah with me.”

Vote to Support the Revitalization of Eight Mile’s Knudsen Park