Tim “Avicii” Bergling, who suddenly passed away on April 20th, will forever be missed by his family, friends, and millions of music fans around the world. Last night during Blackbear’s Coachella set, Mike Posner paid tribute to his friend and music collaborator Avicii with a performance of “I Took A Pill In Ibiza” with video footage of Avicii appearing on the big screen behind him. Definitely, a very touching and emotional performance by Mike and fans singing along to every word.

Mike Posner’s big hit “I Took a Pill in Ibiza” was based on the singer’s experience at an Avicii concert. “Mike’s a good friend, so I took it as an honor,” Bergling told Rolling Stone of the tribute in September 2017, one of Bergling’s final interviews.

Rolling Stone: “Mike Posner had a big hit last year with “I Took a Pill in Ibiza (Seeb Remix),” where he talks about doing drugs to impress you, but ending up sad and deflated. How did you feel about that?”

Avicii: “Mike’s a good friend, so I took it as an honor. And I agree – parties can be amazing, but it’s very easy to become too attached to partying in places like Ibiza. You become lonely and get anxieties. It becomes toxic.”

Mike Posner and Tim Bergling have known each other for many years. They first met online in early 2011 through Emails to discuss collaborating on a song and eventually met up in the recording studio soon after. Mike’s former manager, Daniel Weisman, took to Instagram to recount their first meeting with Tim and Tim’s manager Ash.

I got introduced to Avicii and Ash in 2010-11 regarding @mikeposner working on a demo for a song called "Levels". Mike worked on it for months and then one day an @official_flo version came out (you're a beast @mikecaren ). MP and I were pretty pissed but a friendship developed and it ultimately led to #itookapillinibiza. I was nobody to Tim but he would always respond to my emails and be open to collaboration. He changed lives both with his music and collaborative spirit and that is a beautiful thing that will be missed in this world.

Mike Posner collaborated with Avicii a few times, like on the EDM track titled “Stay With You” that never officially released (you can hear a snippet of it on SoundCloud and on YouTube) but he spinned it at shows in 2012. Mike released the acoustic version of “Stay With You” on his 2016 album At Night, Alone (Target exclusive version) (see him perform it live on YouTube). Then he co-wrote on “Sunset Jesus” on Avicii’s album Stories.

Check out the videos and photos below!

Another view of Mike’s performance of “I Took A Pill In Ibiza” at Coachella on April 21, 2018.

Lastly, here are some photos of Mike & Avicii together in 2016!

Videos: Mike Posner “Rolling In The Deep” and “Save Your Goodbye” LIVE 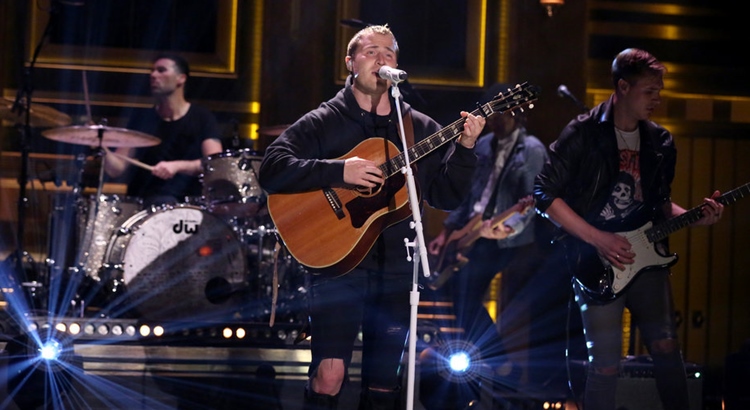