Making his way into Colorado this week, Mike Posner is halfway through his Walk Across America. On August 6th, he surprised fans with a new single and video, “Prince Akeem,” featuring Wiz Khalifa. The song was co-produced by David Banner, Swiff D, and Dwilly and co-written by Mike Posner, Wiz Khalifa, Billy Joel, Adam Friedman, Cris Caswell, David Banner, Mike Shinoda, and Swiff D. Mike has plans to release more music as he crosses state lines on his Walk Across America. Check out the song, lyrics, and the video below!

Directed and edited by Logan Meis.

(Intro: Mike Posner)
Good morning!
This that alarm clock song.
I made it for you to wake up to.

(Verse 1: Mike Posner)
Ah, you know I came to rip the scene apart.
My whole life is a piece of art.
Oh, and this is just a brushstroke.
Oh, I made it in the biz they said was cutthroat
Oh, I’m gettin’ where I wanna be.
But honestly, I can’t even tell if that’s really where I wanna be.
I’m not a commodity.
I am on an odyssey.
Used to be a wannabe,
Now I’m what I wanted to be. (Woo!)
I’m an underdog, dog, I’m Ralph Nader-ing.
Following my intuition now and that’s a major win.
I’m Taylor Swift, mixed with Ruth Bader Gins.
Liberation is the flavor that I’m savorin’ (it’s mmm).
Fake breasts and makeup, they don’t turn me on.
Life is a game and, yes, the journey’s long.
Growin’ my beard was just like me putting my jersey on.
Coach K saw the light in me early on.

(Coach K)
Yeah, he is so talented.

(Verse 2: Mike Posner)
We ’bout to take it to a new level.
Even when I’m sad I give ’em hell, I’m a Blue Devil.
Her boyfriend wrote a book; I was unimpressed.
I don’t care about her man if it wasn’t Hesse (oh).
I might do Everest, you never know (oh).
And change is like a metronome (oh).
I never read The Untethered Soul.
I already got an untethered soul.
I wasted years trying to become better known.
Right when I gave that up is when I became better known.
Oh, this is that Michigan December flow.
I got two lifetimes worth of ideas in my Evernote (oh).
Old soul, Fender Rhodes.
Complemented outwardly now for my inner glow.
And since I’ve seen,
I changed my look to see who really loves me.
I’m Prince Akeem.

(Interlude: Wiz Khalifa)
See when I was coming up, I was always one of them niggas who did what the fuck I want.
Smokin’ weed on TV wasn’t even cool. Now that shit legal.
So back then, from causing trouble to right now, I’m a muhfuckin’ businessman.
Hahahaha, uh. 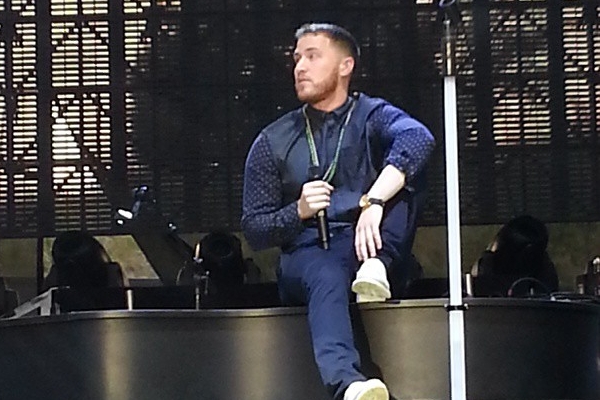