Mike Posner speaks to Zane Lowe about his single “Song About You,” how his new album is about loss, the death of his dad, losing his friend Avicii, and his breakup. “I’m a better human after making this song and this album than I was before.” You can listen to the entire interview now on iTunes.

Listen to a part of the interview and read the transcript of the entire conversation below!

Also, “Song About You” made The Beats 1 List. Visit apple.co/TheBeats1List to hear it on Apple Music this week!

Zane Lowe: He’s Back! Mike Posner. “Song About You.” We’re going to come back and talk about it. Most importantly, we’re going to play it. I know this is a big moment for you, bro. I mean, you haven’t had solo music out now for a couple of years. You know, you’ve been making music and collaborating but this is your first real foray back out into it. So, I can’t imagine how you feel. You must feel excited about it, letting people hear music right now.

Mike Posner: Yeah, man. I’ve been working, you know, the last two years on this album and a lot of things that happened in my life. I feel really honored to have made the record that I have. I’m really proud of it and to get to share it, man, and have you share with the world. It’s an honor, man. Thank you for having me on.

Zane Lowe: It’s a pleasure, my guy. “Song About You” by Mike Posner. We’re coming back and catching up with one of the most talented collaborators and songwriters out there in popular music right now. Hold tight, Beats 1. This is Apple Music. Let’s Go!

Zane Lowe: The song is streaming. Add it to your playlist! Move it! Share it with your friends! They need it. Mike Posner his back! “Song About You.” Brand new music. Forthcoming solo album in production with Ricky Reed, in collaboration with him. Also working with Eric Frederick, Dan Wilson. Some real heavy hitters involved in this song. So, I want to know, why is it special to you? How did you finish it? How did you make it, Mike Posner?

Mike Posner: Yeah, yeah. We just got in with Dan Wilson. He started noodling around on the guitar. This song is really fun ’cause I was trying not to be smart. Usually, my songs got a lot of words, you know, there’s some element of, like, flashy poetry to them. And this one is just fun, like, not rhyming and saying exactly how I felt, man. But honestly, you know, it just came out of loss. My album is about loss. You know, my dad died. My friend Avicii died. Me and my girl fell apart. And I just felt a lot of angst, a lot of anger, and I’m grateful I got a good spot to put that anger. This song is one of the places I got to put that. I think any time you can let that out in a good way, it’s cathartic, and I am a better human after making this song and this album than I was before.

Zane Lowe: You know, it’s taken a while for us to get music under your own name. And like I said, you know, you’ve been working in poetry and did the spoken-word thing. And then, of course, you know, you had your collaboration with Blackbear which was great. Why have you waited this long to kind of dedicate your time and your focus and attention?

Mike Posner: Yeah. So, I mean, here’s the real answer… When I’m riding high in the middle of that wave of success, I’m parading around the world, and everyone’s playing “I Took a Pill in Ibiza.” I had a call from my mom and she said: “Look, they found a tumor in Dad’s head the size of a tangerine and they’re going to take it out tomorrow.” I sold my house in L.A. and I moved back to Detroit to basically help my Dad die. You know, I was making music in the basement while he was upstairs in the family room, and I was dealing with that. And you know, I never stop writing. You know, that’s like the first part of the answer and the second part of the answer is: Like, I try to make real albums. I write 50+ songs and I bring them into Ricky and we make an album, a real album where the song connect and there’s a theme. And that takes time. We spend two, three, four months on just getting the order of the songs and then another month or two just on the transitions of the songs. And I’d like to finish the whole album before I give you the first song. So, my album is done. I don’t like putting the song out, then it becomes a hit, then you try to just do nine more songs because the marketplace wants you to. I had an album and this is how long it took me to make it, and life was happening at the same time. 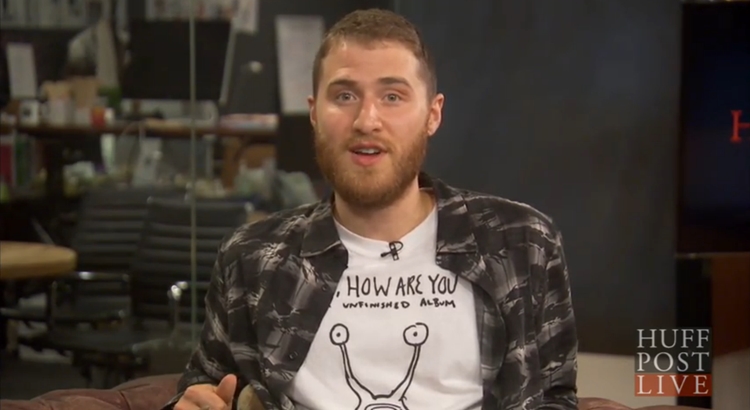