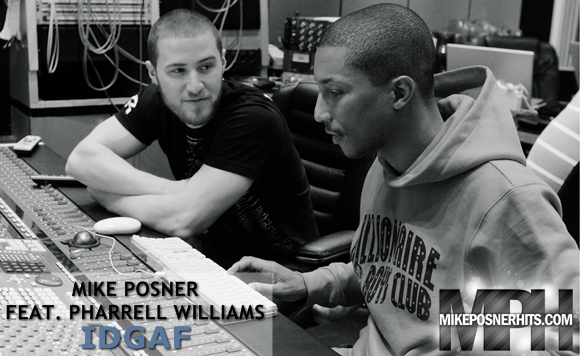 HERE’S A SNIPPET OF A BRAND NEW SONG THAT LEAKED ON THE WEB TODAY titled “IDGAF” (which is short for I Don’t Give A Fuck) by Mike Posner featuring Pharrell Williams that I HOPE will be releasing on Mike’s highly anticipated upcoming album due later this year! I first heard about this song and it’s title back in January 2012 (Read about that story here). Finally, got to hear at least half of the song. It’s an incomplete and tagged 2 minute snippet, but at least it’s something of what’s to come from Mike. Am I right? Check it out and let me know what you think! Leave a comment!