In part one of the two-part interview for Forbes, Mike Posner sat down with Steve Baltin to talk about fame, how taking care of his dad changed his life, songwriting and much more. As we all know by now, Mike’s new single, titled “Song About You,” released yesterday on September 10th. In this new interview below, he reveals a couple of titles to songs that will be featured on his upcoming album; “How It’s Supposed To Be” and “January 11.” Check out the interview below!

Mike Posner released a new a single, “Song About You.” It’s the first track from Posner’s upcoming album, due in January. Posner recently played the stunning collection, inspired by the last two years of his life — including the death of his father on January 11, 2017, moving to Detroit to help take care of his dad and a deep six-month love affair– for industry people over two nights in L.A.

The incredibly unusual listening sessions, held in a house in the Hollywood Hills, found Posner sitting with groups of people in intimate gatherings. The first night, the first listening, Posner said a journalist immediately broke down crying, prompting him to tears.

The album, which Posner does not want to reveal the title or release date of just yet, is that powerful. My friend and I listened to the collection just with Posner, then sat in the dark and talked about the new music. A few weeks later I met him at the Viceroy Hotel in Santa Monica for his first extended print interview (he did a chat with Zane Lowe on Beats 1 as well).

Because Posner did not want to release info yet and the length of the interview, over an hour, the interview will be presented in two parts. Here is part one with Mike Posner, talking about fame, how taking care of his dad changed his life, songwriting and much more.

Steve Baltin: It is exciting or nerve-wracking to have people hearing the album now?

Mike Posner: It’s exciting. I’m a little nervous, anxious. That goes with it. It’s typical. All my albums I feel have been my best work to date cause I feel like I’m still getting better. So there’s the same kind of feeling of, “This is so good.” You hope people understand it, but then I asked David Massey (former president and CEO at Island Records) once, I was signed to him at Island, I love him, he is like an uncle to me. I asked him, “What’s the difference between the guys that go crazy when they’re successful and the ones that don’t?” And he said, “The ones that keep their head on straight realize the reward is in the making of the music. And the one that go crazy think the reward is gonna come after they make the music and their life is gonna get better.” But it doesn’t. So I just try to remind myself, “Hey, man, you got to make an awesome album. Tons of people helped you and you’re proud of it, which is the most important thing.” There are still tiny things we’re tweaking on the album in the mix.

Baltin: How do you determine when to let go since as an artist, you are always changing things? I’m sure on this record there were many moments where you thought you could do things better.

Posner: There are moments like that, but there were moments I had the opposite. Like the vocal on the last song, “How It’s Supposed To Be” and the vocal, “January 11,” about my dad, where I feel I can’t do that better. I wrote it, I sang it and I can’t do it better than I did in that moment. That’s right when the idea came and boom, that’s the take.

Baltin: Has the response to the album given you comfort in knowing you’re not alone in your feelings? Other people go through the same things.

Posner: When my dad was in the hospital for like a week and I’d go visit him, of course, there’s something traumatic about the whole experience. But then going to the hospital, where death is so close, all the people in the other rooms, their families are all around and it just cuts through all the bulls**t and it feels real in there. So you have these experiences where you hug a stranger cause you don’t know what’s going on, but you know someone they love is in that hospital like my dad was. And we walk around all day, everyone’s got their goal and we all pretend we’re not gonna die. And we’re all pretending we’re on our journey and no one knows what it’s like. But we’re all gonna die and when you get in touch with that it’s simultaneously scary and beautiful. So hopefully whatever art you’re doing, my music, can be like that trip to the hospital for people and cut through the bulls**t. “This is reality, this is a statement of reality.” You make a statement hopefully so true for yourself that it snaps them out of their normal pattern of thinking.

Baltin: What were those works of art that did that for you?

Posner: There’s a Renoir at the Musee d’Orsay and it’s a bride and a groom. The groom’s back is towards you and the bride is hugging so you see her face over the shoulder. And her face is like, “It’s good, but it’s not all good. I don’t know what the f**k I’m doing.” And that piece caught me. I love Bright Eyes I’m Wide Awake, It’s Morning. And you can see the influence Conor [Oberst] has on me is pretty obvious in the actual lyrics and writing. And he knows that (laughs). We worked together and I think he’s one of the best alive. When I was a kid I remember Eric Clapton “Old Love,” the acoustic version. There’s so many statements in music that do that for me. Dvorak “New World Symphony” and Bob Marley “Redemption Song.”

Baltin: How mind-blowing is it to think of fans having the same reaction to one of your songs you had to Clapton or Marley?

Posner: Most of my fans, I’ve had hits, but when I say fans I mean my crew is probably in the tens of thousands. They’re gonna check out the whole album, most of those people I’ve met at some point in the last 10 years. Whether it’s when I did Warped Tour, my first real tour, and I stay after the show in Detroit signing autographs for five hours. Or I did the “Ninja Tour,” where I’m just playing in parks and we stay and meet everyone. My buddy asked me, “Why do you do that?” I’ve done it a lot in the last eight, nine, 10 years and the reason is I remember what it’s like to have that feeling, to have a song that touches you. I get emotional thinking of like Gang Starr “Moment Of Truth,” where I remember being depressed in these Michigan winters and you hear some song that gives you a little bit of light. And it reminds you there’s something else out there and the cloud is a cloud, not the whole sky. So I can understand someone having that feeling to one of my pieces. It makes me more grateful, like I’m a part of some lineage. There’ll be some kid that has that feeling 10 years, 20 years from now hopefully with music they’re creating. I feel like I’m still getting better.

Baltin: How do you deal with adulation?

Posner: There’s a part of me that I’m not proud of, it’s a quieter voice each year, but a part of me loves being loved. I don’t want to sit here in the chair and pretend I do it all 100 percent just because that’s what I do. I’ve been making music since I was eight. I’d be doing it if I wasn’t famous, but there is, for sure, some part of me that loves being loved by others. And I gotta deal with that and balance that and it gets harder when you’re on tour and you’re living on a bus and everyone you live with works for you. And 90 percent of the people you’re interacting with are fans excited for you to play the show. It’s easy to think, “Oh, that’s reality.” It’s like, “No, dude, walk down the block. No one knows who the f**k you are two blocks from that show.” And that’s when it gets difficult, when your amount of time is spent in this little universe that you created and you start to think that’s how the world works.

Baltin: Did being in Detroit away from the industry and focusing on your dad give you a new perspective on the industry?

Posner: Definitely. I used to think money, notoriety, and attention from the opposite sex was what life was about. And everybody told me it wasn’t. My parents told me it wasn’t, but I didn’t believe them. I had to learn that on my own for me to actually know it. So I set about acquiring those things. And thankfully I was, I guess, good at it. And I acquired them at a pretty young age and realized, “Okay, I feel exactly the same.” So now I feel my audience has given me enough attention, money, and notoriety to realize that is not what life is about. So now I really feel like my job I to go, “Then what?” Explore, do these weird meditation retreats, read these weird books and see what is life after that and report back. So I feel like life teaches me, brings me back to reality and then I have something to say when I come back absolutely. That’s what I feel like my job is. And I talked to Ricky a few weeks ago and I asked how I should be thinking about the next album. And he says, “Well, you shouldn’t. This album came out the way we wanted it because you lived life and you wrote about it.” You need to go live life and then we’ll write about it. 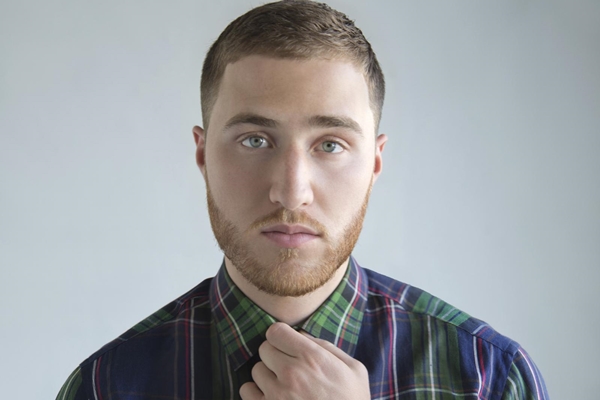 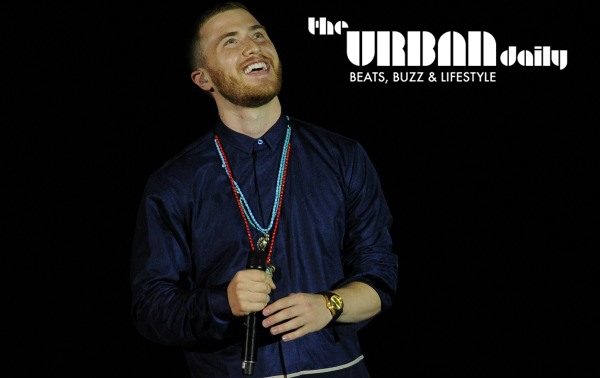