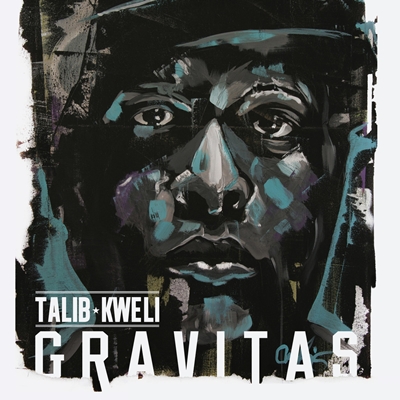 Kweli Club: Critically acclaimed hip hop artist Talib Kweli releases the incredibly personal Gravitas on Javotti Media, December 15th, 2013. Gravitas was recorded while Talib was on the road with Macklemore and Ryan Lewis during the Heist tour, and it will be available digital only, solely at Kweli’s website www.kweliclub.com. This is an innovative way to connect to fans by selling directly to them as opposed to thru a middle man. Many of today’s music fans express interest in supporting the artist they like directly rather than depending on a major corporation to provide them with music. This is a unique opportunity for fans of Talib Kweli’s music to do that. The vinyl and CD of Gravitas will be available thru Javotti Media’s partnership with Fat Beats on February, 18 2014. This gives those willing to join www.kweliclub.com an opportunity to get the album in digital format two months before it’s physical release date.

Gravitas, Talib Kweli’s sixth solo album, began to take shape in May, during the weeks following the release of Kweli’s fifth solo album, Prisoner of Conscious. Loaded with guests, Prisoner of Conscious was well received and reviewed, and gained Talib many new fans to add to his already large following. However, Kweli soon found himself wanting to record more personal material and really document his journey thru music. When singer Ryan Leslie, who created the platform that Kweli is using to sell Gravitas, approached him with the idea of selling direct to fan, songs that were just rough ideas began to fully form in Kweli’s head.

“One of my favorite things about today’s hip hop is the honesty,” says Kweli. Today’s most popular rappers aren’t always politically correct or deep, but the best are unflinchingly honest. While my story may be documented, I have never truly told my story thru music. My true fans have heard bits and pieces thru the years, but Gravitas sums up my experience until now.”

The new songs reflect a continued determination and drive in Talib Kweli, impressive because of the fact that Prisoner of Conscious was released less than six months ago. Considered one of the top tier lyricist of all time and name dropped in songs by everyone from Jay-Z to 2 Chainz, Talib Kweli has defied the odds and remained relevant while never compromising his art, quite a feat in today’s music business. The respect he is given is evident when Raekwon from the Wu Tang Clan drops by to spit on “Violations”. Talib Kweli has also showcased new artists throughout his storied career, giving breaks to people like Kanye West, Kendrick Lamar and J. Cole long before they were embraced by the mainstream. This streak continues with Brooklyn’s own UnderAchievers, who pop up on the Statik Selektah produced “New Leaders”. The OhNo produced “Art Imitates Life” features classic lyricism from Kweli, Rah Digga and Black Thought from the legendary Roots, and Austin’s guitar prodigy Gary Clark Jr. shows up for “Demonology”. All of this leads up to Gravitas’ final track, “Colors of You”, featuring Mike Posner and produced by the late, great J Dilla of Slum Village fame. 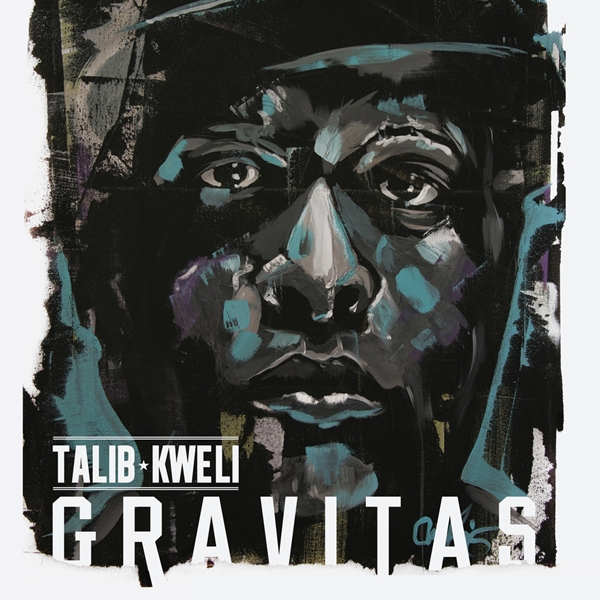 Click Here to preview the Gravitas album now on Pandora Premieres up until December 16!

Justin Bieber, Timbaland and Mike Posner in the Studio Together 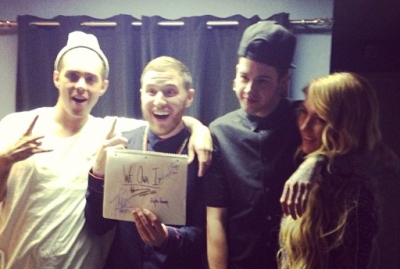