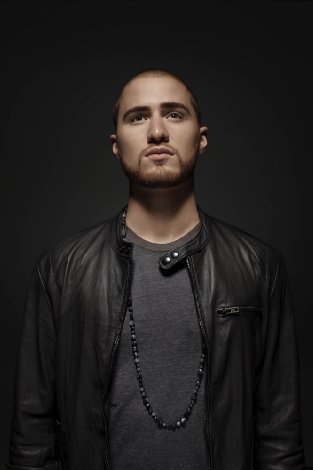 The NEWS: “Since you started recording in your dorm room, got a record deal with J Records, and continued working on your music while you were in school (at Duke University in Durham, N.C.), what was it like to balance all of that and maintain your education?”

MP: “Yeah, after I got a little money in my pocket, I was ready to drop out and be a rock star but my mother had other plans. It was definitely difficult concentrating in class sometimes since I already had a job but I made it through with pretty good marks.”

MP: “Definitely. I remember the day after I met with Jay, I was in the library at school writing my last term paper of the year. I checked my email, and there was a recording contract offer for me to sign to Roc-Nation. Needless to say, I didn’t finish that paper as strongly as I should have. That was the only C I ever got, and it was all Jay-Z’s fault.”

The NEWS: “Now that you’ve finished school, has it changed how you work and write?”

MP: “I’m a lot more prolific now. I’ve gotten better at making beats, singing and writing. I play basketball every morning with my homies and usually by 6 p.m. I have a song done. I’ve recorded between 60 and 70 songs since my last record came out.”

The NEWS: “What was it like going from writing and recording “31 Minutes to Takeoff” to writing and starting on your new album? Do you have any idea when its release will be?”

MP: “Early 2012. I don’t really know what songs are going to make this album yet so I don’t want to say too much about it.”

MP: “I’m releasing a mix-tape with Don Cannon in November. It’s the best piece of work I’ve put together in my career. I got Big Sean, Big K.R.I.T., Slim Thug, RusKo, Casey Veggies, Elzhi, RjD2, Michael Franti, and a couple other surprises on it. I can’t wait.”

The NEWS: “You’ve collaborated with so many artists; what would you say has been your favorite collaboration so far?”

MP: “I feel so blessed to have recorded with people like Bruno Mars, Lil Wayne and Wiz Khalifa. My favorite has to be Big Sean though. He believed in my music before I got signed so we have a special dynamic going on in the studio.”

The NEWS: “Where would you like to see your music and career go in the next few years?”