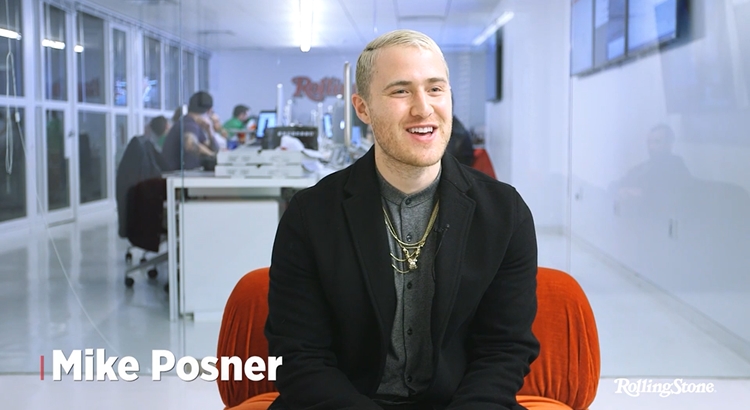 Mike Posner reveals to Rolling Stone how Merle Haggard, Big Sean and his hometown of Detroit informed his new album ‘At Night, Alone.’

On his intimate new album, At Night, Alone, out today via Island, it’s clear that the singer-songwriter has moved away from the synth-pop of his previous album, 2010’s 31 Minutes to Take Off. While the SeeB remix of his reflective song “I Took a Pill in Ibiza” has become a viral hit, Posner has not strayed from the original, raw sound of his song. The twangy, reflective acoustic pop found on his long-awaited sophomore release reflects on his sudden rise to fame and all that followed during the six years between his two albums, which included a fallout with his former label and time spent writing hit tracks for artists such as Justin Bieber (“Boyfriend”) and Maroon 5 (“Sugar”).

The singer’s latest pulls in new influences, reaching beyond the Detroit hip-hop scene he grew up in. Thanks to his pal Jake Owen – a country singer who has had some success with country-rap singles like “Beachin'” – Posner ended up becoming more exposed to country artists and writers like Willie Nelson, Hank Williams and the late Merle Haggard. “These guys really inspired me [with] the way they told the truth in their songs,” Posner reveals before singing a couple “cold” lines from Haggard’s “Mama Tried.” The autobiographical style these artists favored inspired Posner to open up about his own experiences as well.

“I looked at myself and realized I had a lot of boundaries up about what I would talk about, what was private for me and what wasn’t,” he says. “I decided to just get rid of them. It was quite liberating.” The Werner Herzog quote “the poet must not avert his eyes” also had a huge effect on Posner’s approach to writing, reinforcing his embrace of the “dark things” he sees in his everyday life.

He may be drawing on Southern sounds, but Detroit is still Posner’s biggest inspiration – though the singer clarifies that he was actually raised in the suburbs. “I don’t feel like an ambassador to the city,” he explains. “I didn’t really experience any hardship like people tend to think of when they hear the words ‘Detroit, Michigan.’ I think Big Sean is a much better ambassador for the city.”

Posner and Sean came up in the Detroit music scene together. While Sean was based in the city, Posner would often come visit to sell beats and rap with other artists. Now, he has a song on his latest album, “Buried in Detroit,” that features the G.O.O.D. Music rapper. According to Posner, “Detroit is in my music consciously and subconsciously.”

This summer, Posner will be touring in support of the album, joining Nick Jonas and Demi Lovato on their Future Now co-headlining tour.