Making his way into Kansas this week, Mike Posner is halfway through his Walk Across America. On July 11th, he surprised fans with a new single and music video, “Look What I’ve Become,” featuring Ty Dolla $ign. The song was written by Mike Posner, Ty Dolla $ign, Adam Friedman, David Wilson, and produced by Dwilly. Mike has plans to release more music as he crosses state lines on his Walk Across America. Check out the song and the music video below!

As Grammy®-nominated, worldwide multi-platinum selling singer-songwriter-producer Mike Posner (“I Took A Pill In Ibiza,” “Cooler Than Me”) begins the fourth month of his walk across America, he commemorates reaching the near-midpoint of the country – from Missouri into Kansas – with the release of a new single and video via Island Records, “Look What I’ve Become” with Grammy-nominated singer/songwriter/producer Ty Dolla $ign.

“I always love linking up with my bro Mike. He’s one of the dopest in the game. He sang one of the interludes on my mixtape $ign Language a few years back so we were overdue to cook up again. Recently he pulled up to my studio and played me his new project. When I heard this song, I knew that this was the one. I love what he’s doing right now, walking across the country for a good cause & spreading a positive message. We need more of that in the world.” – Ty Dolla $ign

Stream and Download “Look What I’ve Become,” Out Now

A part of the music video was shot on day 26 of Mike Posner’s Walk Across America in Blairsville, PA. Ty Dolla $ign filmed his scene somewhere in Los Angeles, CA.

(Verse 1: Mike Posner)
Walked across Ohio;
Took me 50 days.
I talked to the stars;
They were happy that I came.
Some days I’m a genius;
Others I’m insane.
There is something gorgeous
Underneath the pain.
I can feel it lifting. (Woo!)
I’m feeling good.
I’m thinking ‘bout David
from my old neighborhood.
A warm and perfect white light
in each of my cells.
I used to be a pop singer;
now I am myself, yeah.

(Verse 2: Mike Posner)
Okay, even when I’m falling
there’s something underneath;
Something that is perfect,
it’s almost like a dream.
I know Vincent Van Gogh,
I know Princess Di.
And David Foster Wallace,
he calls me all the time.
If I think ‘bout paradise,
I’d imagine this.
No drugs, or no alcohol, cuz
I’m high as it is.
And I don’t want your money;
I am simply done.
I just walked away,
Look what I’ve become.

(Verse 3: Ty Dolla $ign)
Rollin’ through South Central, better watch your ass.
Bars all on my windows,
Pistol on my bed stand.
To live and die in L.A.
Couldn’t make it off of minimum wage.
I had to get the big body Mercedes.
Cop a Rollie, plus one for my lady, my lady.
I always knew I’d be a legend, saw it in my dreams.
I had to keep one eye open, I could barely sleep.
I had to kill them with success like they’re the enemy.
Murder, murder, murder, Lord mercy me.
I stopped smokin’ last year, fuck that started back again.
God don’t make no accidents.
Look what I’ve become, yeah.
Look what I’ve become. 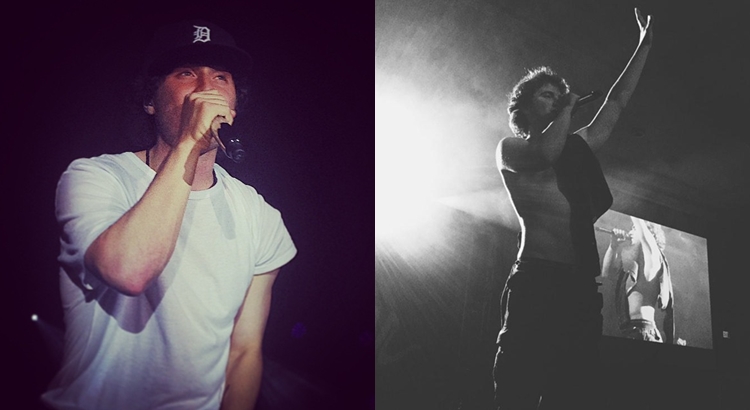