In part two of the two-part interview for Forbes, Mike Posner sat down with Steve Baltin to talk about his new album, A Real Good Kid, inspired largely by the passing of his father. In the interview below, he discusses the origins of the album, how producer Ricky Reed helped him find the theme of the record, and much more. Check out the interview below!

Back in September, when Mike Posner released the stellar single “Song About You,” I ran part one of my extended interview with Posner.

As I wrote then, I met with Posner on multiple occasions in Los Angeles about his stunning new collection, A Real Good Kid, inspired largely by the passing of his father. With the album being released today, here is part two of our epic conversation.

Here, Posner discusses the origins of the album, how producer Ricky Reed helped him find the theme of the record, how Avicii’s death affected him and why he hopes the album helps people make real connections.

Steve Baltin: What was the first song written for the album?

Mike Posner: No, song written was “Staring At The Fire,” when I really think about it. But it’s not like I felt the record started when I wrote that song. When I look back at them that’s the oldest one.

Baltin: So what was the song you built around?

Posner: “Stuck In The Middle,” “How It’s Supposed To Be,” those were the cornerstones. I didn’t realize what this album was gonna be until after I sat with Ricky [Reed]. I had 50 plus songs and they’re all over the place — funk songs, folk songs, hip-hop songs. I tried to put together an album without Ricky. I picked my 12, I put them in order, and I listened back with a couple of friends and everyone was like, “That’s not it.” And I knew it wasn’t it. So then when I sat with Ricky, he listened to all this music very patiently, which is a hard thing to do. I don’t even want to listen to 50 of my own songs. And he said, “These are the ones.” He narrowed it down to 15, said we should finish these ones. And he said, “Do me a favor.” And he gave me some homework. “Take those 15 and listen to them.” I listened to them together and I said, “You’re a god damn genius. There’s a record here. These make sense together.” So that’s when it started to take form. And I had this sonic texture in my head that I wanted to get. I didn’t want to do it like a live band in the studio. I wanted it to feel produced out we made it on a computer. And we have tons of live instruments on it, but it’s not a jammy thing. It’s produced out. I think the ones we picked have an emotional through line. And there’s a color of those emotions that all songs have in common.

Baltin: At what point did you know this was the album that captured your life?

Posner: Once he gave me that first list it was like getting the block of granite. So we picked those songs, then we start our sessions and Ricky says, “Now we’re gonna write some more songs.” I said, “What are you talking about? That’s what I’ve been doing the last two years. I have 50 songs, you told me we have the songs.” He said, “I always do this whenever I start an album to make sure there’s nothing left inside you.” So I very begrudgingly went along with this process, then s**t kept happening. and my girlfriend split up, then Avicii died, I had a friend who had his own drug scare. So then it became songs about this stuff that’s happening in real time. I know it’s so cliche, but it was my therapy. That’s where I was putting that sadness and anger at the time. I broke up with the girl, it was a deep, deep relationship and I’m in the studio the next day cause we had a day on the books. And it’s like I’m trying to work it out with Ricky. So he was right to keep writing.

Baltin: Does she know she’s in the album?

Baltin: Do you now have a better understanding of all that happened after listening to the album?

Posner: I don’t understand all of it. I still feel some of those things, confusion and angst. I don’t walk around feeling that way. I skew pretty , I feel pretty good. But I know I have that stuff in me and I feel grateful I have a really cool way to express that and a cool direction to aim those emotions.

Baltin: What songs from this album are you excited to play live?

Posner: I’m really excited to play “How It’s Supposed To Be” with my band because of the end where it just raises out. I’ve played it a bunch of times alone. I’m excited to do that with my band. I’m hearing this album the other day and it’s like, “Man, I miss my dad right now. He’s really gone.” Even right now thinking about it, “Tim is really dead.” He’s gone and it’s sort of shocking.

Baltin: What do you hope others take when they hear this record?

Posner: I hope they feel it cuts through the bulls**t of their normal minutia of life and brings them into contact with reality and what they feel and what’s going on with them at the moment. That’s the highest goal. 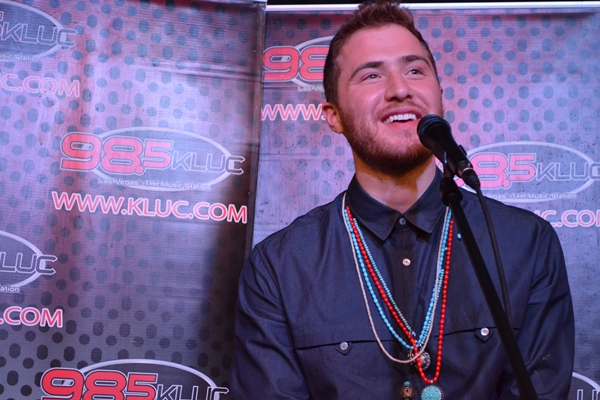